My Year 9 / 10 IST students moved into the Design Studio of the new Greenway Centre for Design & Technology at NBCS at the start of Term 2. 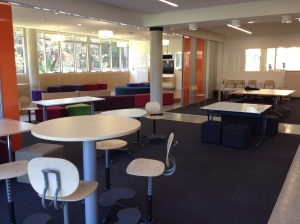 Their enthusiasm for this fabulous new learning space was matched by their desire to have meaningful collaborative challenges to make the most of the learning space.

The big challenge came in the form of their major project in Robotics being to prepare their teams for the annual RoboCup Junior Australia NSW OPEN which was staged on Monday 20th August at the Science and Innovation Centre at UNSW. The students brainstormed using available surfaces on walls, windows doors and whiteboard tables. Each team member was able to bring particular qualities to their team with skills such as Robot Design, Programming the Artificial Intelligence for the robots to allow for creative thinking for defence and attack and of course project management to keep everything on track. Deep learning occurred as a natural consequence of their clear passion to succeed as teams that could be competitive at the RoboCup competition.

Stephen Harris sent a blog link to the executive team at NBCS “The Key Ingredients of a Successful Team“. All three elements were clearly evident in this project: 1) A big challenge; 2) People with a passion to perform and 3) Space to excel. Two RoboCup Soccer teams represented NBCS: The Botteroos from Year 10 and Team YDK from Year 9. Collaboration between the teams as a means to fine tune problem solving and analysis worked well before the competition allowing each team to grow in confidence that they could achieve the definite deadline of a competition to test their skills. Even on the of competition, each team would analysis the challenges presented of the matchplay so that they could learn from each other and with each other.

The NBCS teams navigated their way successfully from their pool groups to meet each other in the Quarter-Final. The Botteroos attach robot seemed to be programmed with the best AI of any robot in the competition. Its keeness to seek and track the ball with its infra-red sensor resulted in many goals being scored but unfortunately an occasional glitch in its compass sensor saw it scoring own goals  as well as regular goals. Team YDK won out because of this. All NBCS efforts turned to ensuring that the Year 9 Team YDK robots were successful for the remainder of the competition. The semi-final and Grand Finals were both won on a 2-1 scoreline with golden goals in extra time add to the intense thrill of the concluding stages of the competition.

The passion to perform and succeed was rewarded with Team YDK from NBCS Year 9 winning the competition and being crowned NSW State Champions in Robot Soccer. They will go on to represent NSW in the National finals in Canberra in September. Such was the competitive excellence of the Year 10 Botterroos team that they were also recommended to enter the Nationals competition.

Next up is Showcase evening for the NBCS Robot soccer teams. Ben Pridmore created a fabulous table top for the soccer mat. Ros Moore used her textile expertise to create a fantastic underlay of green polar fleece to ensure the smoothest of playing surface for the robots. The soccer mat will be attached in such a way as to allow sponsorship to be placed strategically around the border walls. All monies received through this sponsorship will be directly passed on in full to the NBCS mission funds. Enquiries can be made via email to Liam at LDunphy@nbcs.nsw.edu.a

RoboCUp Soccer mat to be attached to the table top

u or at the NBCS reception. 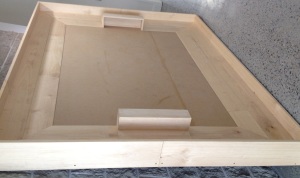 Great article from Anne Knock about learning spaces, using the example of the new Greenway Centre for Design & Technology where I am working with my team to build personalised learning for students in a gamified project based learning curriculum. Thanks Anne 🙂

When I walk into a classroom the physical environment shouts at me. It tells me what is valued, how students learn and where the power is.

What would this tell you?

Does something happen in the minds of students as they move from primary to high school? Maybe an inviting physical environment won’t be appreciated by the students or is it a distraction to ‘real learning’.

Many classrooms reinforce the survival skills for the industrial era: 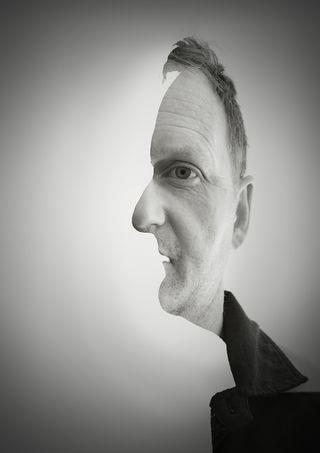 Please navigate your way through my ePortfolio by following the links to the relative page topics listed in the header menu above. I continually add content to this ePortfolio which includes adding more detail to past projects as well as adding new material. If you need more information about any published scetion, please contact me.

I’m also on Twitter @LiamDunphy and on Google Plus

A copy of my resume may be found in the “LinkedIn profile” folder in the .box widget (below left).

My latest bookmarks on delicious.com